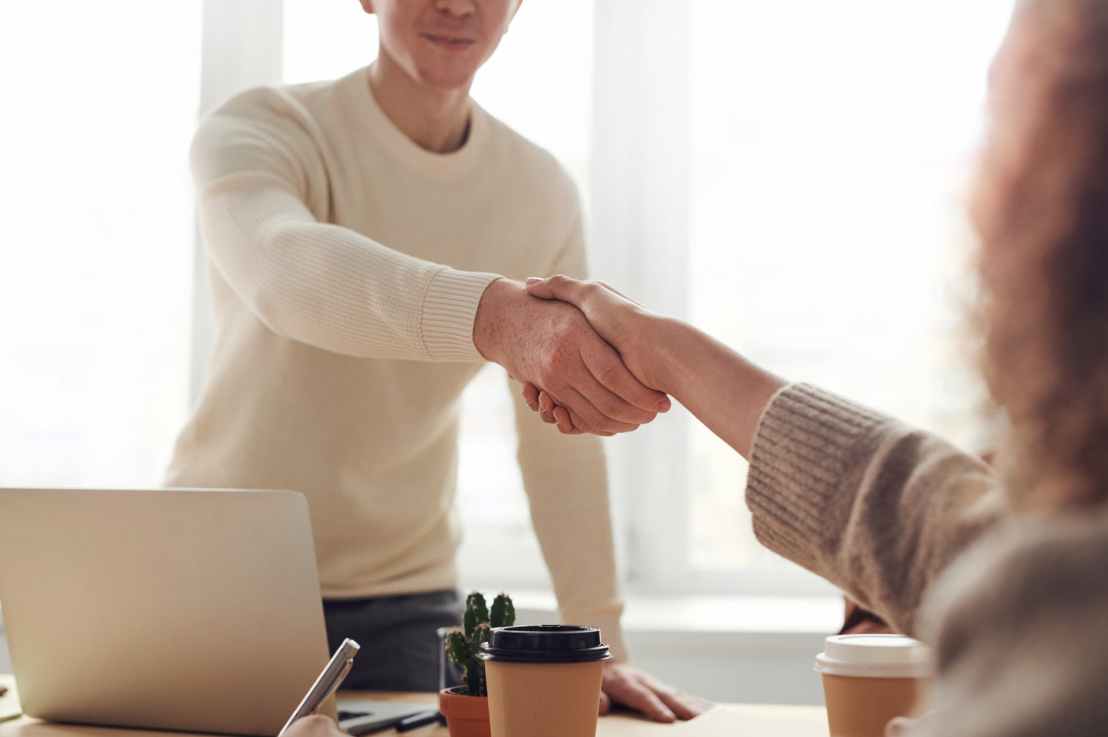 If you’re like a lot of people, it’s been quite a while since you’ve asked for a raise — or maybe you’ve never asked.

Surprisingly, given how much most of us appreciate money, a ton of people have never asked for a higher salary because they feel awkward about initiating the conversation, or they’re worried about sounding greedy or entitled, or they’re just not sure how to ask for a raise at all.

But asking for a raise is a very normal part of having a job, and if you avoid doing it out of discomfort, you’re potentially giving up a significant amount of money — just to avoid a conversation that could be as short as five minutes.

So here’s everything you need to know about asking for a raise, and I hope you’ll use this as your blueprint for getting more money very soon.

When to Ask for a Raise

It’s not greedy or entitled to ask for a raise. Assuming your manager is even a little bit reasonable or has any previous experience managing people, she knows it’s normal for people to ask for a raise. She’s not likely to think, “What an outrageous request” or, “How gauche — Jane is obviously just in this for the money!” Unless you work somewhere truly dysfunctional, it’s understood that you work for money. This is okay.

Even if your manager doesn’t ultimately say yes, you’re not likely to damage your relationship by making the request, as long as A) you’re not asking for an amount that’s wildly out of sync with the market for your work, and B) you have a track record of strong work. You aren’t likely to fall out of favor simply because you asked to revisit your compensation.

Think of it this way: a raise is recognition that you’re now contributing at a higher level than when your salary was last set. A raise isn’t a favor or a gift; it’s a way for employers to pay fair market value for your work and to keep you around, because otherwise you’re eventually going to want to find a different job that does pay you competitively.

2. Be emotionally intelligent about your timing.

You’re going to approach your manager to request this raise, and your manager is a human with normal human emotions. That means that you shouldn’t ask to talk about your salary when she’s especially harried or having a bad day or nervous about impending budget cuts.

On the other hand, if you’ve just saved the day with an important client or garnered rave reviews for a high-profile project, or if your boss has seemed particularly pleased with you lately, now might be a particularly good time to make the request.

3. If you’ve been doing excellent work for a year since your salary was last set, it might be time to ask.

Some companies will revisit your salary every year on their own, often tied to performance reviews. But plenty won’t bring it up on their own, in which case you’ll need to figure out when to broach it yourself.

Generally speaking, if it’s been a year or more since your salary was last set, and if you’ve been doing excellent work during that time, it’s reasonable to ask to revisit your pay now.

But if your salary was already increased sometime in the last 12 months, expecting another one before a year is up generally isn’t realistic and is likely to come across as out-of-touch. The same is true if you haven’t been in the job for a year yet.

There can be some exceptions to this, like if the job turned out to be wildly different than what was discussed when you were hired, or if your boss suddenly asks you to travel 75 percent of the time when you’d signed on for a role with little travel. But for most people, expect to wait a year from the last time your salary was set before asking for it to be reassessed.

And of course, the “excellent work” part of this matters. If you’ve been making a lot of mistakes or your boss hasn’t seemed pleased with your work, a request for a raise isn’t likely to go over well, and you risk seeming like you’re not assessing your own performance accurately.

4. Factor in your company’s raise and budget cycles, if necessary.

If you work for a company that generally gives raises once a year, pay attention to when that normally happens. In some companies, it might be around the anniversary of your start date. Others might assess everyone’s salary at the same time, like each December, often tied to your employer’s fiscal year and budget process.

Once you know when that happens, plan to initiate the conversation with your boss at least a month or two before that formal process begins. If you wait until decisions on raises have already been made, it might be too late for her to get changes made.

Before the meeting: how to prepare

5. Know what your work is worth and start by researching online.

If you don’t know what the market rate is for your work — and in your geographic area in particular, since there can be wide variations by region — find that out before you ask for more money. If it turns out that you’re already at the top of the market, you’d want to factor that into your thinking about what’s reasonable — and if it turns out you’re underpaid, that’s useful information too.

Figuring out the market rate is for your work isn’t always straightforward. Salary websites aren’t always accurate at the individual level, because the same job title can mean very different things from company to company. They can be a helpful starting point, but don’t treat them as the final word. Instead, assume they’ll give you a very rough range.

6. Talk to co-workers, former colleagues, and acquaintances, and phrase your questions carefully.

You can often get surprisingly good data just by talking to people in your field. Most people don’t love being asked, “What do you earn?” but will happily share if you ask, “What would you expect a job like X at a company like Y to pay?”

You can also try talking to recruiters and see if any professional organizations in your field keep salary data (many do).

7. Factor in your company’s salary structure.

Once you have a good idea of the going rate for your work, factor in your understanding of your own employer’s salary structure, too.

Some employers adhere to rigid policies around how large a pay increase anyone can get at one time, or rarely give anyone more than a 5 percent raise. Others have been known to be much more generous. It’s useful to know how your company generally handles raises so that you know what’s likely to be possible.

Speaking of your employer’s salary structure: If, in the course of doing this research, you find out that men in your office are earning more than women for the same work, you have a different issue on your hands — one that moves us out of normal “how to ask for a raise” advice and into “how to address a gender pay gap” territory. That’s also a good reason to be sure you’re getting data from both men and women.

People often think that they’ll need to make a detailed presentation about why they deserve more money, but most of the time your request can be fairly brief.

You do want to touch on why you think you’ve earned a raise — i.e., that your responsibilities and/or the level of your contributions has increased — but you don’t need to walk in with a PowerPoint and pages of notes. Most of the time, something like this is sufficient:

“I really appreciate the opportunities you’ve given me for greater responsibilities, like X and Y. I’ve been getting great results in those areas over the last year and have exceeded the goals we’d created. Could we talk about adjusting my salary to reflect this higher level of contribution?”

“I’m hoping we can talk about my salary. It’s been a year since my last raise, and I’ve taken on a number of new responsibilities since then. I’m managing all our copywriters and was even able to smooth out that long-running issue with the design team, which ended up saving us a ton of time in the last few months. I think things are going really well, and I’d like to talk about increasing my salary to reflect this new work.”

If you have a specific dollar figure in mind, it’s fine to name it (as in, “I’m hoping we can raise my salary to $X”). But it’s also okay not to start out with a specific figure, although you should be prepared to be asked what you’re hoping for.

One tip: If you know your boss will need to get your raise approved by someone above her, like her own manager or HR, you can make it easier for her to do that by leaving her with a short, bulleted list of key points in your favor. Keep this short, though — no more than one page, with some quick bullets that highlight your most significant new responsibilities or accomplishments. If you have compelling data about competitive salaries, you could include that too.

9. Keep the focus on your work accomplishments, not your finances.

You might be asking for a raise because your rent went up or you want to save more for retirement, but that shouldn’t be part of your case to your boss. Your case should stick to business reasons — the contributions you’ve made and your value to your employer.

If your boss doesn’t give you a firm yes and instead says she’ll think about it or will get back to you, that’s fine! Lots of managers won’t say yes on the spot.

But if you get a “maybe,” make sure you’re clear on what the next steps are. It’s okay to say something like, “Could I plan to check back with you when we meet on the 20th?” Alternately, if your boss is generally good about following up on things, you might just go with a simple, “Thanks! I appreciate it.”

And if the answer is no, all is not lost. This is a perfect opportunity to ask, “Can you tell me what you think it would take for me to earn a raise in the future? A decent manager should be able to explain to you what you’d need to do to earn more — which could be anything from “manage your work more autonomously” to “stop alienating all your co-workers” to “you’re at the top of the range for your position, so you’d have to be promoted to earn more money here.”

You can then assess whether you’re able and willing to follow the path your manager lays out (or whether a realistic path exists at all). And if your manager isn’t able to give you specifics about how you can earn a raise in the future, that’s a useful signal that if you want more money, you may need to leave in order to get it somewhere else.